Quantock Staghounds are one of three registered packs of staghounds in England that hunt red deer. The hunt is relentless in their ‘sport’, almost hunting stags on the Quantocks to extinction in the area. Between 28 March and 25 April 2022, it murdered three stags in cold blood.

On 25 April, North Dorset Hunt Sabs reported: “We are so sorry, the Quantock Staghounds have just killed a young stag in front of sabs and monitors. We heard the shot and found them all standing over the body. The stag had been chased all day and could go no further. He had layed down in the gorse to hide.”

“This Stag was killed yesterday at 5.30 pm...Poor creature had been chased all day until it could not run any more..Just shocking.”‍

And on 28 March, it killed yet another stag after a torturous seven hour hunt. North Dorset Hunt Sabs published a video of the chase, and the accompanying report said:‍

“The video graphically illustrates the terror of the stag. Eyes bulging, tongue lolling and gasping for breath.”

What exactly is stag hunting?‍

The gruesome sport takes place twice a week from early August to the end of April in locations in the south-west of England. It’s an illegal sport which, unsurprisingly, the police and land owners don’t try to stop. The Quantocks, for example, are owned by various landowners — including the National Trust and the Forestry Commission — who do little to prevent the blood-thirsty sport from taking place.

A monitor from Somerset Wildlife Crime explained what happens on a typical stag hunt:‍

“When the stag is running, there are between 10 and 50 people in vehicles – in 4X4s, on quad bikes and motorbikes – who will park themselves up on the high land. The huntsman and hounds will go in to try and pick up a scent. The field riders, which can be between 6 and 30 people, follow on behind. Since the [hunting] ban was brought in, they went from using a pack of hounds to using two hounds, and compensated for that by using the umpteen supporters, on quad bikes and motorbikes, all hunting the stag.”‍

Hunts are usually hours-long, and stags are driven to complete exhaustion. And then the stag is subjected to a brutal murder. According to Somerset Wildlife Crime: ‍

“They all want to be the first to get down to the kill. It’s horrific… They all turn up and want to be the one to jump on him, grab hold of his antlers, wrestle him and literally sit on him while they wait for a gun carrier. They will then shoot him and cut his throat. Actually, this is their preferred method of killing. If they could get away with it, they wouldn’t even bother shooting him.”‍

Once they have killed the stag, the hunters then butcher him. Different parts of his body — such as the head with its antlers, and the slots (the hooves and the bottom part of the leg) — are taken as trophies. Even the teeth are taken as mementoes of the murder. The landowner usually gets the stag’s heart.

Where and when does stag hunting take place?‍

The season is divided into three phases. From early August until the end of October mature stags are hunted. From November to early March hinds are hunted, and during March and April young stags are hunted. When hunting stags, the hunt will pick one trophy stag to hunt, but when hunting hinds, they are likely to shoot a handful of female deer at any one meet.

There are three registered packs of staghounds that hunt red deer:

The Hunting Act 2004 applies to stags, too. According to the law, no animal should ever be pursued with dogs. There are, of course, a couple of loopholes to the Act: a mammal can be ‘flushed’ out by a maximum of two hounds and shot, or to relieve it of suffering. It can also be killed in the name of ‘research’. These loopholes are, of course, a godsend to the staghounds, who use them to their advantage.

Stag hunters also rely on the argument that they’re trail hunting: that their hounds are following an artificial scent and not a real stag. But, of course, some landowners, such as the National Trust, has officially banned trail hunting on their land, while Forestry England has suspended it. These land owners, however, do very little to enforce their own bans, and stag hunting often takes place on National Trust land in the Quantocks.

According to Joe Hashman from Hounds Off, after the Hunting Act came into force, the Staghounds found their way around the law. He said:

“There are various loopholes that they can exploit...which enable them to carry on. I understand that the Tiverton Staghounds still operates in the way that they did pre-ban, so they’re still using a full pack...But the Devon and Somerset staghounds, which are the most prestigious of the three, they changed their tactics. They started using two hounds on their own with the huntsman to hunt the deer. And that’s because the Hunting Act allows you to use two hounds to flush wild mammals to guns.”

Like Somerset Wildlife Crime, he emphasised that there are a lot more humans on the ground. He continued:

“They use a lot more human hunters now. So, the quad bike riders, and the horse riders play far more of a part in the hunting of the deer than they used to do.”

Hashman then described the methods of the Quantock Staghounds:

“They didn’t swap to this relay hunting. They reduced the amount of hounds they were using, say to half a pack, and they were using various exemptions. So they would say that on any given hunting day, at any given time, they might be trail hunting… Or they’re doing hound exercise. Or they would say they are conducting scientific research and observation. And this is another thing that was in the Hunting Act that was designed to allow scientists to carry out their studies if they needed to use dogs to find a wild mammal.

They’ve been prosecuted twice for illegal hunting… And as a result of [a] case being brought, they have gone over to this two-hound hunting.”

But according to the Master of Deerhounds Association, the three packs meet in order to manage the deer herd population in the area.

“It's clear these [hunted] animals are completely depleted of resources - they are desperately affected by long chases. From the point of view of physiology, the results are absolutely unambiguous.”The report says of the deer which escaped the hounds, about half suffer severe stress, take days to recover and would probably be left more vulnerable to infection and disease.

It is beyond apparent that the 2004 Hunting Act needs to be strengthened to ensure hunts can no longer get away with illegally hunting and killing stags. The observation and research exemption needs to be removed. This cruel pastime needs to be consigned to the history books. 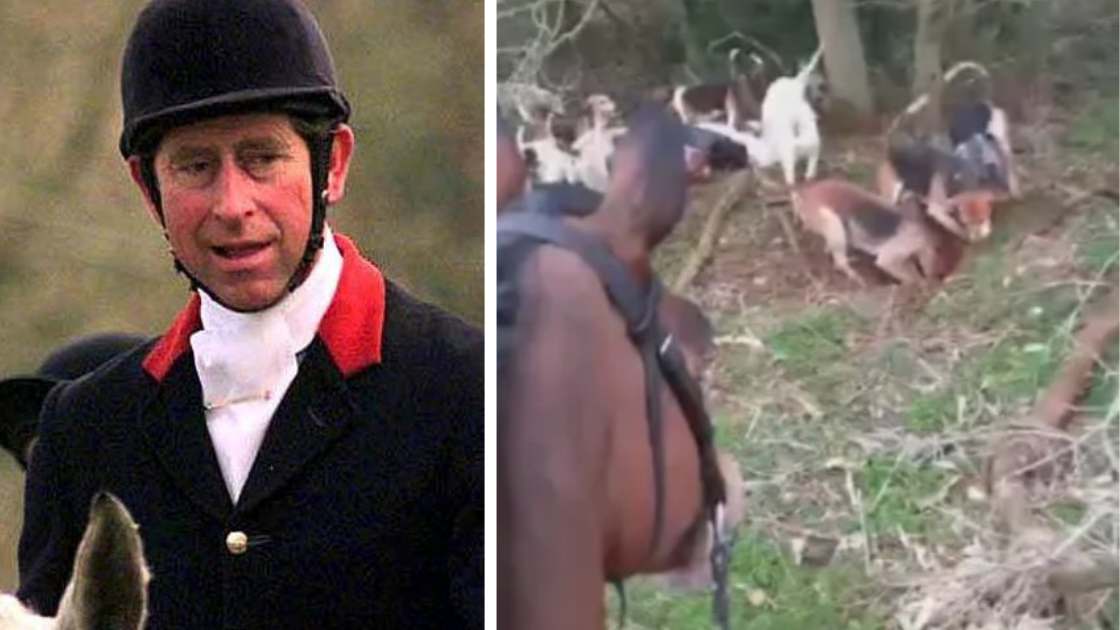 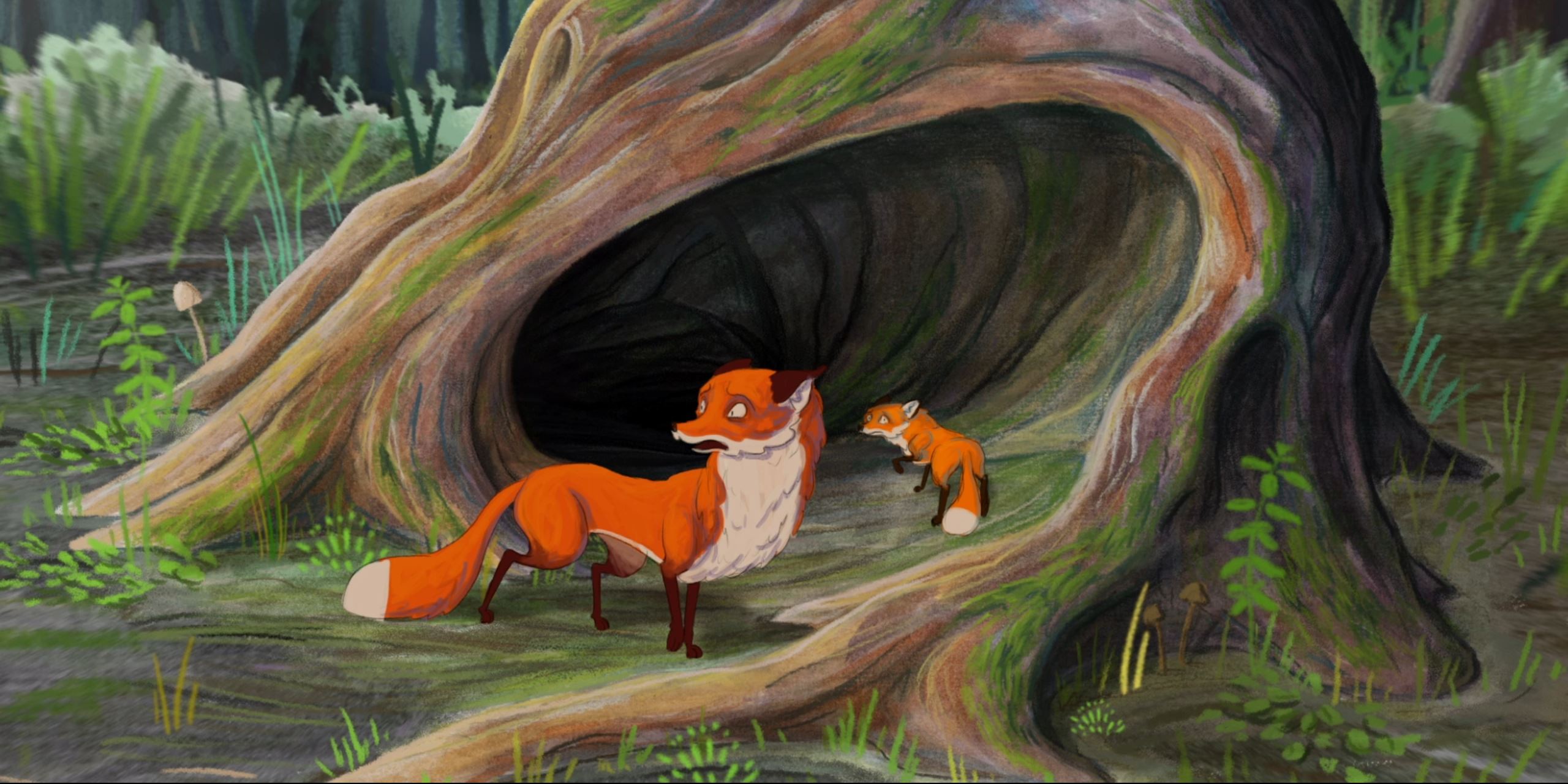 The piece narrated by TV presenter and conservationist Chris Packham and voiced by actor Peter Egan documents the key moments since fox hunting was made illegal in 2004. 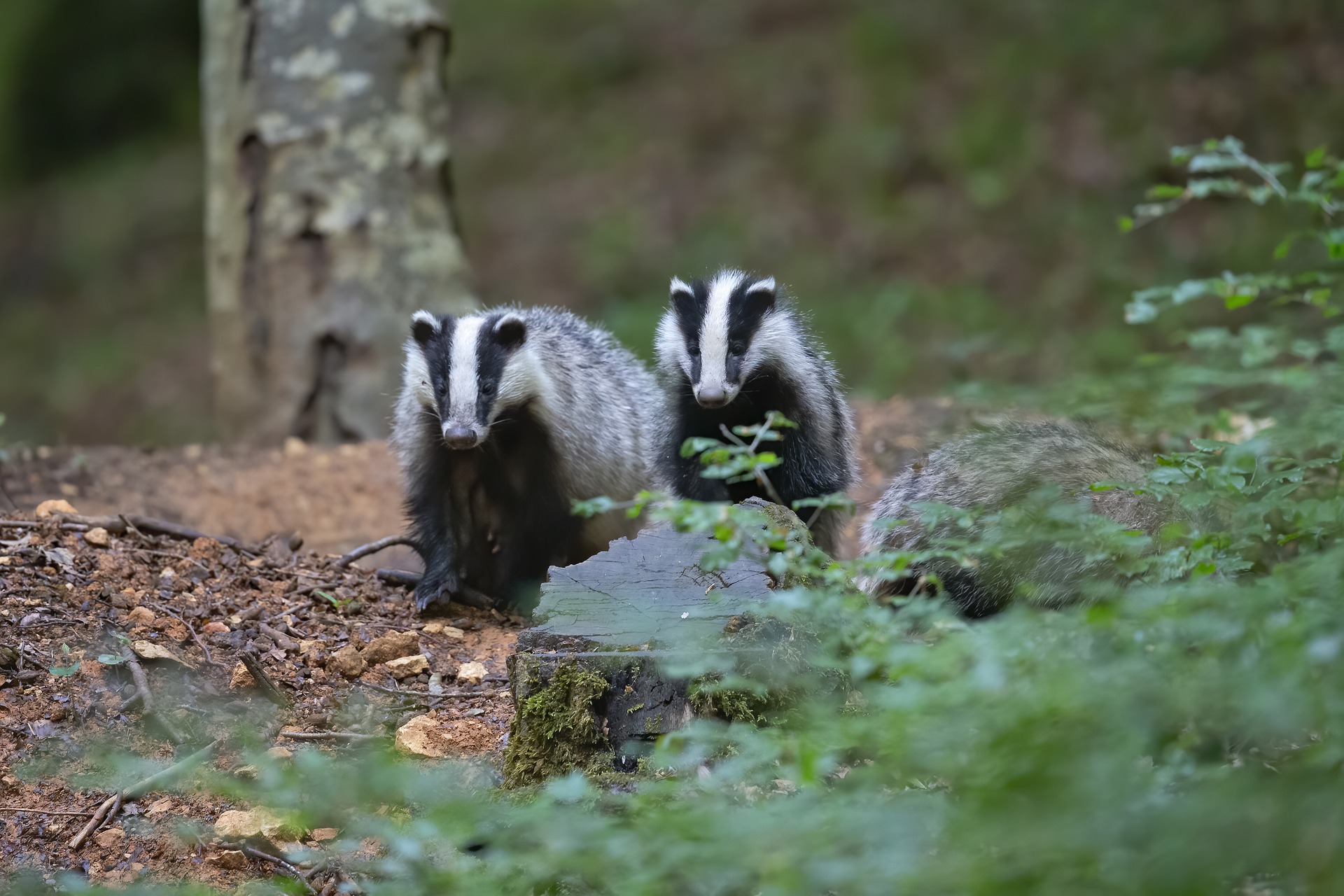