Fox hunting is still going on across the UK. The hunts are still killing wildlife and pretending to use “trail hunting” as a smokescreen for their sordid activities. Images across the weekend have shown foxes in England and Scotland killed by hunts.

The South Dorset Hunt killed two foxes and would have killed two more had it not been for Weymouth Animal Rights who were on the scene. Footage released by the group on social media this weekend showed the point at which hounds tore the poor animal to pieces. WeymouthAnimal Rights posted the following statement about the kill earlier today,

“Yesterday was a horrific day and every sabs worst nightmare. The footage speaks for its self and shows the reality of what takes place in the countryside week in week out all over the UK. Here is a brief summary of the day’s events.

About an hour into the day we saw the first fox flee a woodland. They ran out, but with a couple of hounds close by they turned and ran back into the woods where the rest of the hounds were but sabs put the gizmo, (a device that mimics the sound hounds make when they are on a foxes scent), on at just the right time and drew the pack of hounds away from the woods and into the field nearby giving the fox time to escape.

The wood they hunted next saw two foxes flee. One tried to escape down a sett, the other across the fields. The sabs split, one managing to cover the scent of the fox that had fled and call the hounds off. Unfortunately the hounds caught the other fox before they could make it underground. By the time our sabs had got in the hounds had ripped them to shreds (footage in our previous post). The huntsman was above looking down laughing as we tried to get the hounds off and recover the body.

Whilst taking the body back to the vehicle as evidence we walked past the riders, we held the fox up, told them this is what they were complicit in and asked them how they felt about it. The response just sums these people up, smiling, laughing, saying “If the fox didn’t like it, it wouldn’t join in”. How people can be so cruel, emotionless and devoid of morals is beyond us and is truly frightening.

Dorset Police were called, after having a quick word with the hunt they were allowed to continue their activities, when the sabs who had witnessed the kill arrived the first thing the officer said was “do you have permission to be on that land?”Never mind an animal has been brutally killed illegally. The police were offered the body as evidence but didn’t want it.

Around 4pm the hunt had one last attempt; the huntsman cast the hounds into scrub where they picked up a fox. Sabs to the south filmed the hounds marking a fox to ground. By the time our other sabs made it in there the hounds had ripped the fox in half and the huntsman was retrieving the body. He then handed it to a terrier man on a quad who quickly drove off. He obviously didn’t realise he only had half as when we appeared with the other remains he immediately tried to snatch it from us.

The hunt then called it a day and we followed them back to their kennels.

Witnessing a kill is an emotionally difficult experience; trying to run, jump, spray, call the hounds and film at the same time is extremely tough. We know that if we hadn’t been there today more foxes would have lost their lives. Hunts are killing every day, with little police action and a Hunting Act that isn’t fit for purpose, saboteurs are the only line of defence for wildlife in the fields and countless lives are saved each year because of them. We always need more people, so please get in touch if you are interested in making a difference and saving lives.

You can also support us financially by donating here:

Across the boarder another fox was killed by the Lanarkshire and Renfrewshire Hunt in Scotland. The kill was witnessed by Glasgow Hunt Sabs who released the following statement – “This was a legal kill facilitated by illegal actions - This is what Scottish hunts are trying to convince you is fine. A pack of hounds pursued this fox for ages and were pulled off the scent several times, before the fox eventually ran into the line of waiting guns to die by bullet. This is what the hunt are marketing as ‘pest control’.

Elsewhere in England, Peterborough Hunt Sabs believe that a fox was killed by the Fitzwilliam Hunt - the below is an image taken by the saboteur group over the weekend.

"Foxes were seen from the off, with one flying across a road away from the pack early on, while the Fitz couldn't make up their mind what legal exemption they were claiming this week.

After previously proudly claiming they "don't need to lay trails" because of their unnecessary eagle, now all of a sudden they are 'all about the trails' - even though we never saw a single trail laid all day and despite being at their meet before most of the hunt were.

Unfortunately this final fox was too close to hounds for us to confirm he escaped, and we believe it is likely that he was caught. Terriermen were seen furtively skulking around the scene trying to hide something shortly afterwards, and the white-trousered hunt staff were carrying blood stains.

After this scene, with cameras all over and sabs arriving from all quarters, the hounds were boxed up at Gidding and driven home immediately." 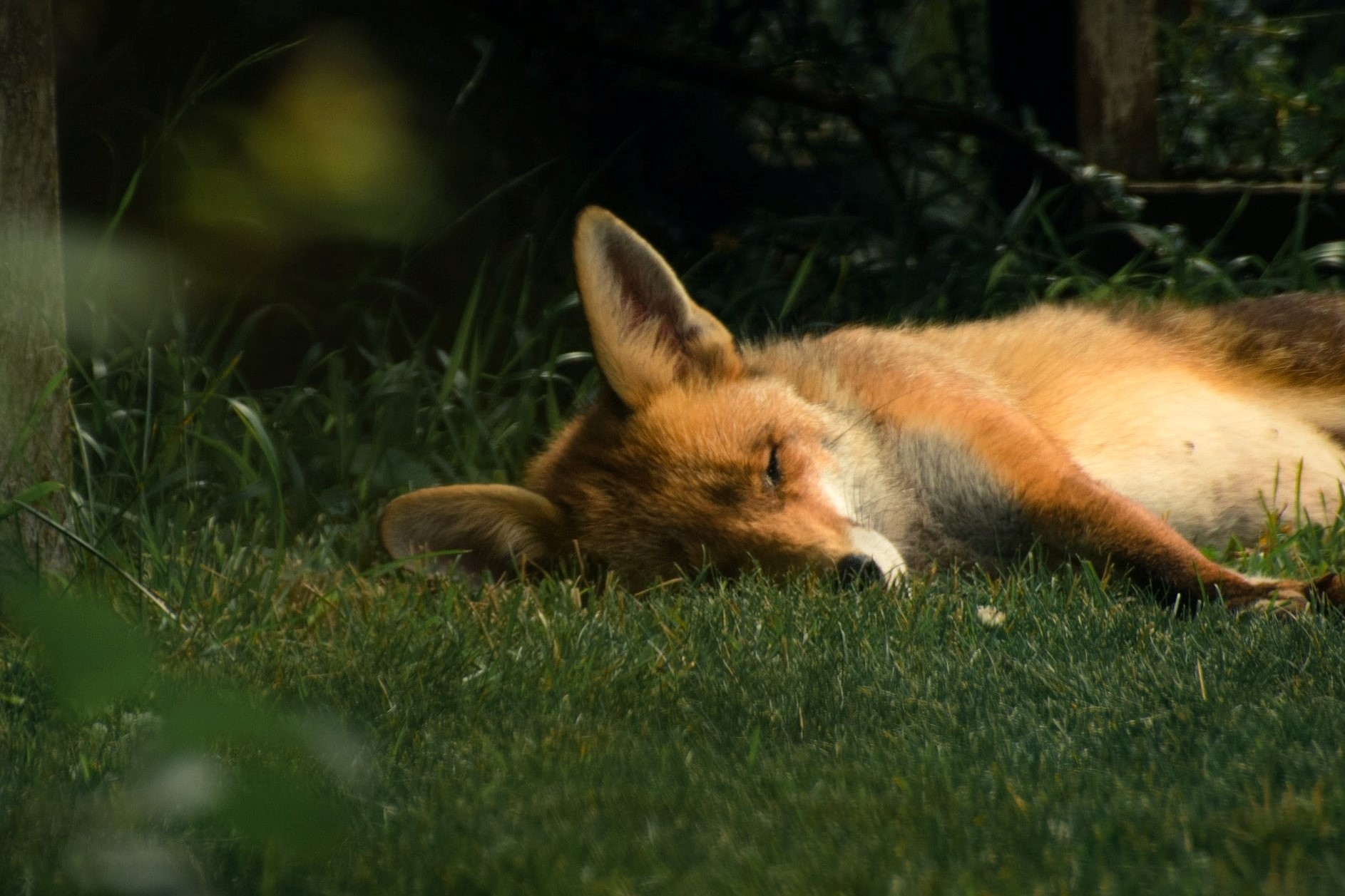 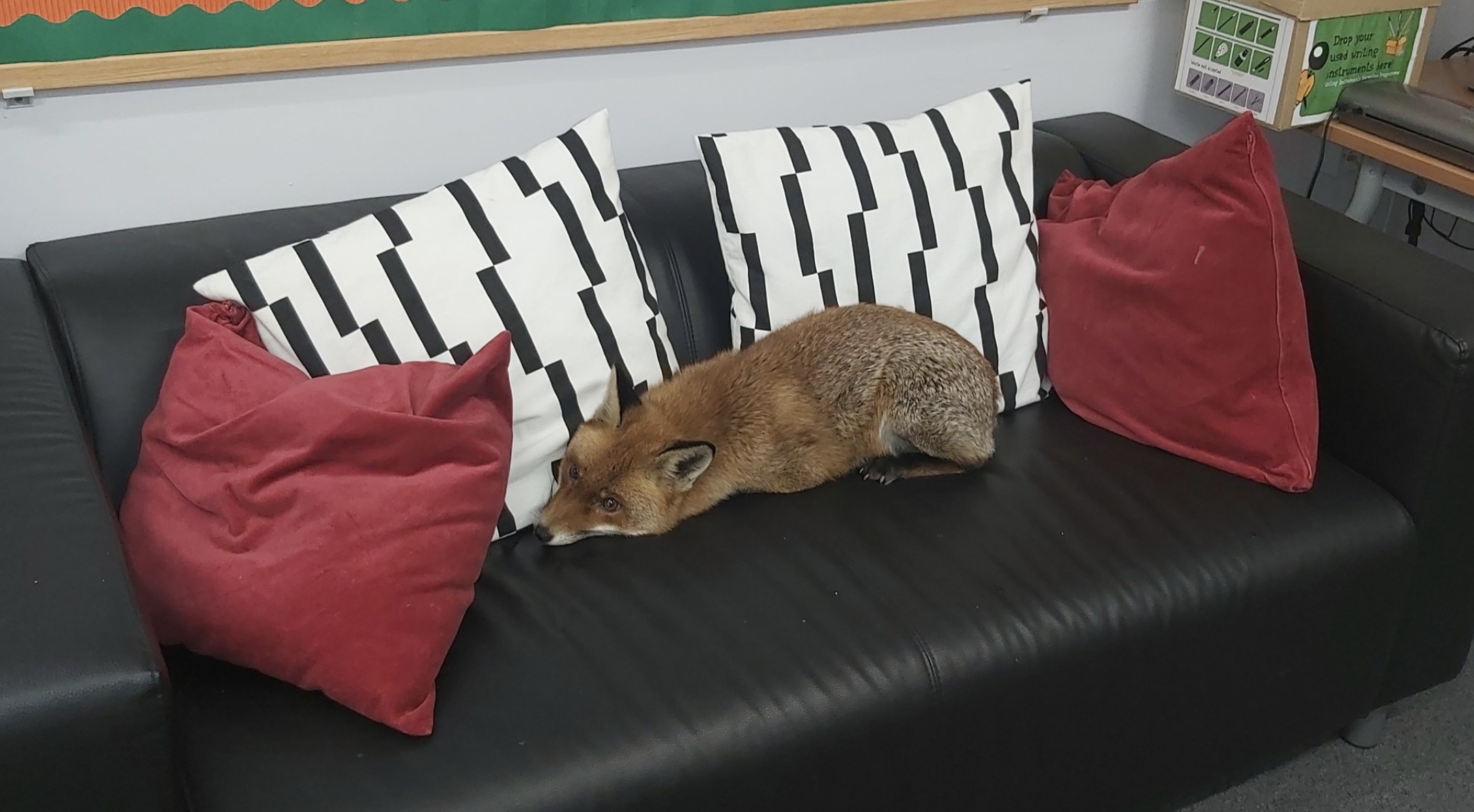 It's not everyday you walk in to see a fox asleep on your sofa but this is exactly what happened when teachers at a school in southwest London discovered when they entered their staffroom last week. 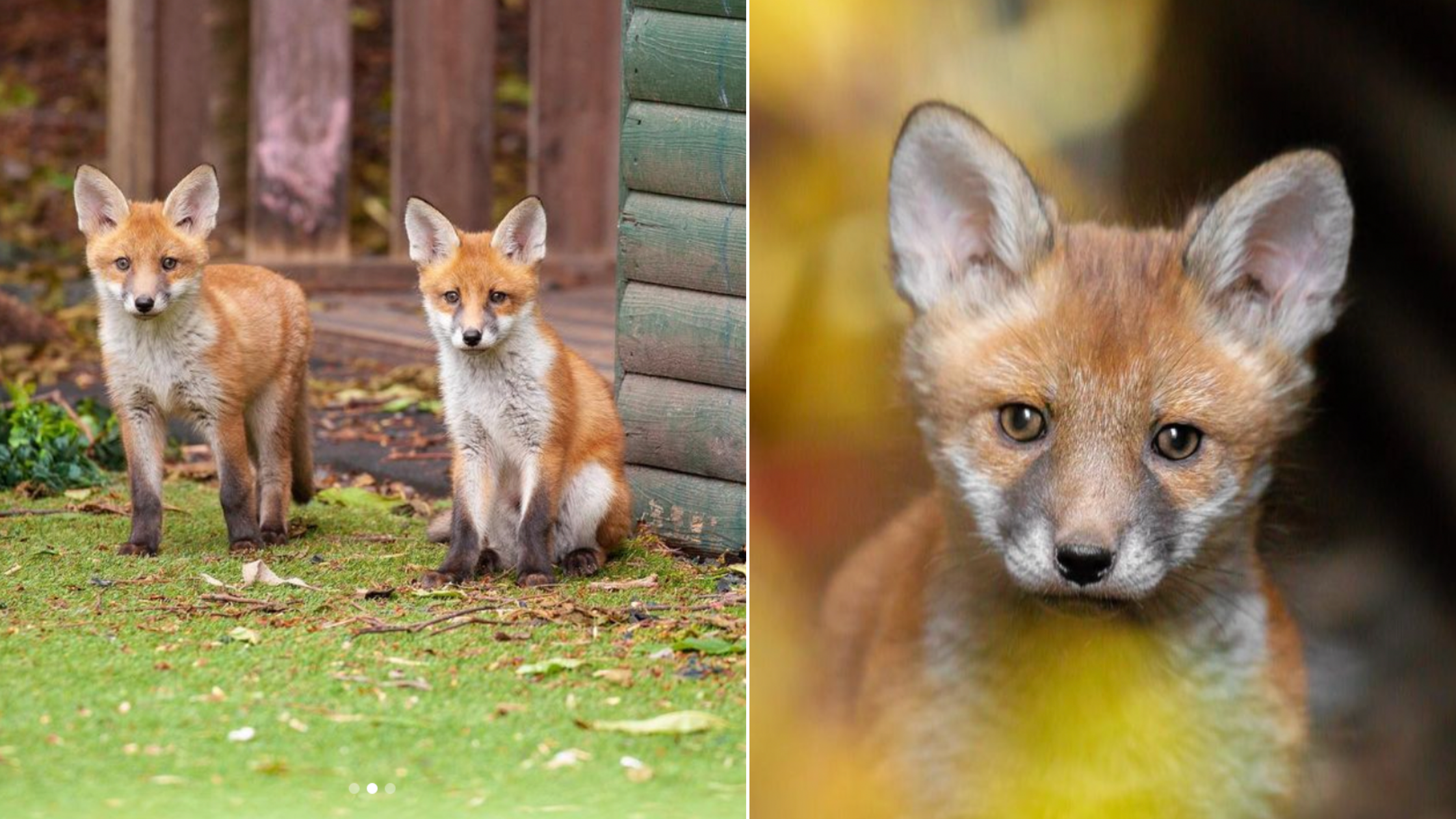