Until 2020 the National Trust has allowed ‘trail hunts’ to use their land.

These licences are currently suspended pending the outcome of the police investigation into the leaked hunting office webinars.

We are calling for these suspensions to be made permanent and for hunting to be banned on all National Trust land indefinitely.

The lie that is ‘trail hunting’ has been well and truly exposed and you can read more about the leaked webinars and trail hunting here.
‍

Take action against the national trust BELOW

what can you do?

There are a number of ways you can take action to end hunting on National Trust land now.

We set up a Petition which has since been signed by over 370,000 people and was later handed in to the National Trust in person.
‍ 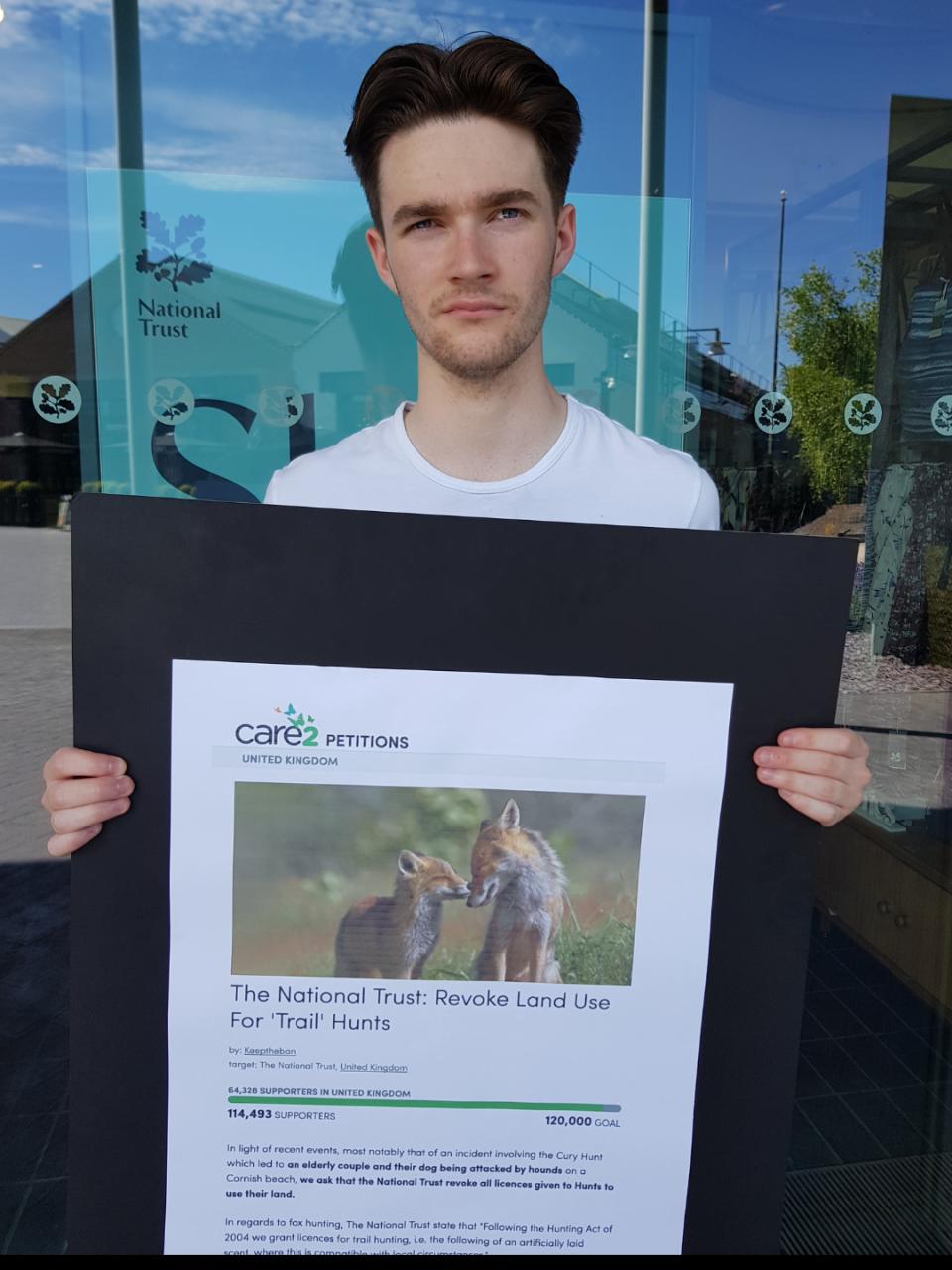 We then supported National Trust member Helen Beynon in her resolution calling on the Trust to permanently end all ‘trail hunt’ licences.

Whilst the resolution was ultimately unsuccessful by a mere 300 votes out of around 60,000 (public vote in favour but lost due to discretionary votes) - it did result in major changes to how licenses are given out.

The National Trust also created a dedicated team to deal with the issue of trail hunting and it has led to a significant reduction in the number of hunts using Trust land.
‍