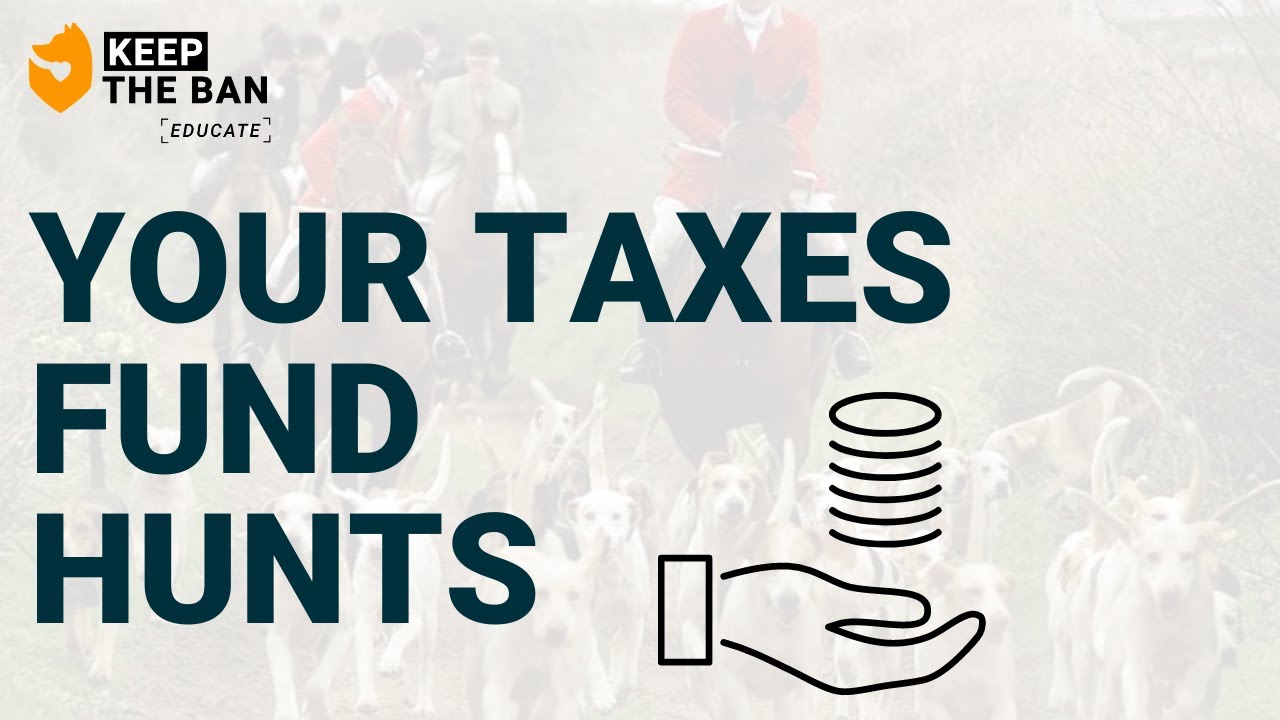 Between 2020-21 hundreds of thousands of your tax money has gone to hunts and you probably have no idea about it.

Many of the hunts that have been given funding have a history of killing wildlife. The most notorious hunt being that of the Cottesmore Hunt who were handed over £30,000 by Rutland Council. In 2019 a dead fox was handed over to the police during a Cottesmore Hunt and in 2018 a pack of 10 Cottesmore Hunt hounds were killed in a car crash in Rutland. So the question is how and why taxpayer’s money has been given to hunts up and down the country.

The vast majority of hunts are classed as small businesses and so have been eligible for thousands of pounds of taxpayer money distributed by local authorities.

Following hundreds of Freedom Of Information requests sent out by Keep The Ban, we uncovered that over £180,000 has been awarded to hunts so far and it is highly likely that number is even higher.

The shocking discovery was picked up by The Mirror and various other news outlets and I recently spoke to BBC Radio 4 about the fact taxpayers money has been used to prop up the hunts.

“Grants to help cope with the effects of Covid-19 have been vital for some rural businesses but some campaigners are criticising councils for giving money to hunts. A freedom of Information request by the anti hunting organisation Keep The Ban found that more than £180,000 has been given to hunts.”

The campaign group Keep The Ban isn’t happy about this use of public money. Their founder Rob Pownall was surprised how much is going to hunts.

“As councils got in touch with me over the weeks I found that it was a lot more than I thought it previously would be.

What’s the problem with hunts receiving this Covid funding? I just don’t think its right that at a time where families across the country are suffering, there’s small businesses that are really struggling, that funds designed to be supporting small companies during these unprecedented times are being given to hunts.

I just don’t think that money should be given to those who are continuing a barbaric pastime. In a time where businesses are suffering more than ever due to the impact of Covid-19, it is disgusting that taxpayer’s money has been used to bail out those who go out to kill wildlife for the sheer fun of it.

It is but another example of this Government being out of touch with the public and doing anything and everything to pander to the hunting fraternity.”