“Week in week out hunts across the country continue to flout the ban and kill wildlife in the thousands.

To really end hunting for good we must ensure existing legislation is strengthened and acts as a suitable deterrent, as well as limiting the land the hunts have access to.

Together we can and we will bring an end to this hideous pastime.”

Read more about fox hunting and everything you need to know 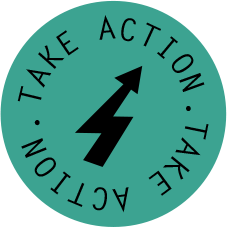 CAMPAIGN
The bulk of our campaigning revolves around landowners and pressuring organisations to restrict access and licences to ‘trail hunts’.

By limiting the amount of land that hunts have available to them we can make it increasingly more difficult for groups to continue hunting as normal.

Find out more about our National Trust,  Forestry England, and Councils campaigns and how you can get involved.

CAMPAIGN
In 2004 hunting wild mammals with hounds was made illegal following the introduction of the Hunting Act under the Labour Government of the time.

This meant the activity of intentionally chasing and killing a fox, deer or hare was outlawed. However various loopholes and exemptions in the ban has resulted in thousands of animals being killed every year.

Keep The Ban has campaigned since 2015 for the ban on hunting to be strengthened and better enforced.

Learn more about the issues with the Hunting Act and why it needs strengthening, and how you can get involved to pressure politicians to take action.